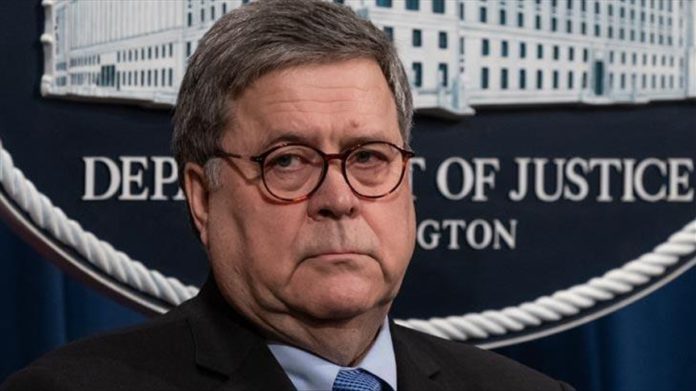 US Attorney General William Barr said Tuesday there is no evidence of widespread voter fraud in the Nov. 3 presidential election that could change President-elect Joe Biden’s victory.

“To date, we have not seen fraud on a scale that could have affected a different outcome in the election,” Barr told The Associated Press in an interview.

Barr said US attorneys and FBI agents have not uncovered any evidence that would change the outcome of the election, adding authorities have been taking complaints and information into consideration.

His comments puts him at odds with the outgoing commander-in chief.

Barr was seen entering the White House shortly after the AP’s story was published, though no meeting was on the president’s public schedule.

US President Donald Trump and his legal team have repeatedly sought to portray the election as rigged, but have failed to support the claims with evidence.

Trump has yet to react to the Barr’s remarks, but is likely to lash out strongly at his top law enforcement official who was already on thin ice with the president.

*Michael Hernandez contributed to this report

Turkey: Mother of PKK-kidnapped boy pained to her core