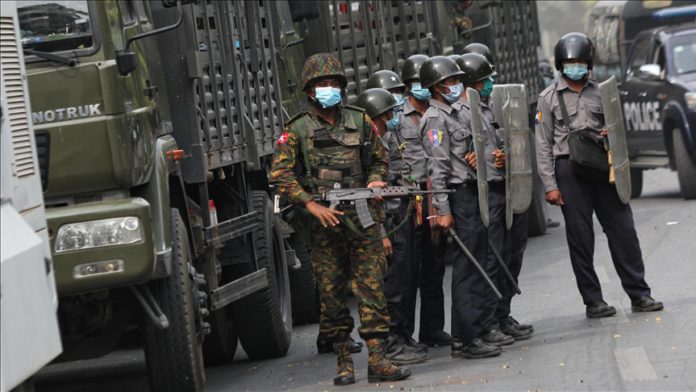 The quality of medical care in Myanmar has diminished as the COVID-19 pandemic exacerbates the country’s healthcare situation, according to a report published on Friday.

“The junta has directly diminished the quality of medical care across the country,” a report in medical journal The Lancet quoted Phil Robertson, deputy director for Asia at Human Rights Watch (HRW), as saying.

“Because some of the most capable doctors and nurses are on the run, either having fled the country or operating underground, and their access to quality supplies and medical facilities is severely limited,” Robertson added.

Myanmar’s military seized power on Feb. 1, 2021 by deposing the civilian government led by Aung San Suu Kyi over allegations of fraud in the 2020 general elections.

The army arrested leaders and officials of Suu Kyi’s National League for Democracy party and declared a state of emergency, which has been extended until the middle of this year.

Suu Kyi faces a number of cases and was sentenced to six years in jail for charges that include violating coronavirus restrictions and possessing “illegally imported” walkie-talkies.

The military takeover has triggered mass protests in Myanmar, with the junta’s forces having killed more than 1,500 people in a crackdown on dissent, according to the Assistance Association for Political Prisoners, a local monitoring group.

One of the most dangerous places to be a healthcare worker

Physicians for Human Rights (PHR), a US-based group working for health workers, said Myanmar has turned into “one of the most dangerous places in the world to be a healthcare worker” since last year’s coup.

According to PHR data released last month, 30 healthcare workers have been killed and 286 arrested in Myanmar since the February 2021 coup, along with 128 attacks on medical facilities.

“The highest number of incidents took place in March 2021, but PHR also reported a gradual escalation from September 2021 to January 2022,” read The Lancet report.

Healthcare workers in the Buddhist-majority country became a leading part of the Civil Disobedience Movement (CDM) against the military coup, “leaving them at risk of threats, arrest, and violence,” the report said.

The situation has turned bad for both doctors and nurses, who are targeted in night raids “forcing many to move between safe houses in order to remain safe.”

“Doctors in Myanmar have been targeted both for their associations with the CDM and for providing medical care to injured protesters,” the report added.

Robertson, the HRW official, said the military junta “has not eased up the pressure at all against healthcare workers,” forcing them to “hide to avoid arrest and … continue their medical work at underground, makeshift clinics.”

“When the military and police find and arrest medical workers, they are often more at risk of torture and abuse in custody since the authorities are keen to obtain information to unravel the medical workers’ underground networks,” he added.

Robertson said families of medical workers are also subject to surveillance and face intimidation from the junta.

“The COVID-19 pandemic has created terrible distress and another opportunity for a dysfunctional health system to collapse even further,” said Georgina Phillips, a Melbourne-based emergency physician and honorary professor of emergency medicine at the University of Medicine in Yangon, Myanmar’s largest city.

“In areas close to Myanmar’s borders in particular there are several clinics set up and run by health workers that have fled the major cities. But it remains a hugely fragmented system.”