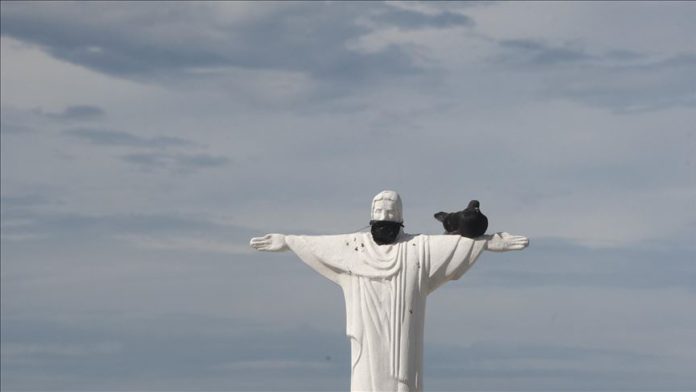 The Pan American Health Organization (PAHO) has warned that June will be a crucial month for the coronavirus pandemic in Latin America, a region that is feeling its effects like almost no other.

From Mexico to Argentina, with a few exceptions, coronavirus cases continue to rise. There were more than 1.4 million cases in Latin America and almost 70,000 deaths as of Wednesday, according to data from US-based Johns Hopkins University.

The World Health Organization (WHO) believes this is a time of great concern and that “strong government leadership” and solidarity are needed. There is particular concern that the health emergency in the region could worsen with the arrival of the southern winter, the flu season in South America and the hurricane season in the Caribbean.

Brazil has recorded 240 deaths among indigenous people from the coronavirus and 2,523 cases in 96 communities, according to figures provided by the advocacy group Articulation of Indigenous Peoples of Brazil (APIB).

The organization pointed out that the situation may become more serious due to the lack of healthcare in many communities. It also highlighted that there may be many more cases due to the absence of COVID-19 testing. A total of 305 officially recognized native peoples live in the South American country.

Brazil has the second-highest number of coronavirus cases in the world with more than 739,000 and ranks third in the number of deaths with 38,406, according to the latest data from the Ministry of Health, which has been forced to provide the country’s complete statistics again after a controversial decision by the government of President Jair Bolsonaro to announce only new cases every 24 hours.

Peru has 207,794 confirmed cases of the coronavirus, the second-highest number per capita in Latin America behind Chile. Officially, at least 5,862 people have died, the third-highest figure per capita in the region behind Ecuador and Brazil.

Authorities allowed lonely bathers and surfers to return to beaches despite the quarantine still being enforced. Surfing is a very popular sport in Peru, which has more than 60,000 surfers.

Machu Picchu, the jewel of Peruvian tourism, is refining protocols to reopen in July, while professional football also plans to resume the tournament next month.

Nicaragua insists that it has so far avoided community spread of the virus and has seen just a handful of deaths from the pandemic. The Ministry of Health has reported 1,464 COVID-19 cases and 55 deaths, but Nicaragua’s Citizen’s Observatory, made up of a network of doctors and voluntary collaborators, says the figure is closer to 4,000 cases with at least 980 deaths.

President Daniel Ortega and his wife and Vice President Rosario Murillo have dismissed the threat posed by the pandemic. Meanwhile, on June 1, more than 30 local medical associations called for a “national lockdown” of three or four weeks.

“The Medical Associations of Nicaragua call on the people to urgently begin a national quarantine on a voluntary basis to help reduce the impact of this disease by reducing contagion, transmission and deaths among the population,” they warned in an open letter.

The National Indigenous Organization asked the Ministry of Health to help more than 367,000 indigenous people who have no masks or rubbing alcohol due to their isolated conditions. So far, 42,206 people in Colombia have been infected and 1,439 have died.