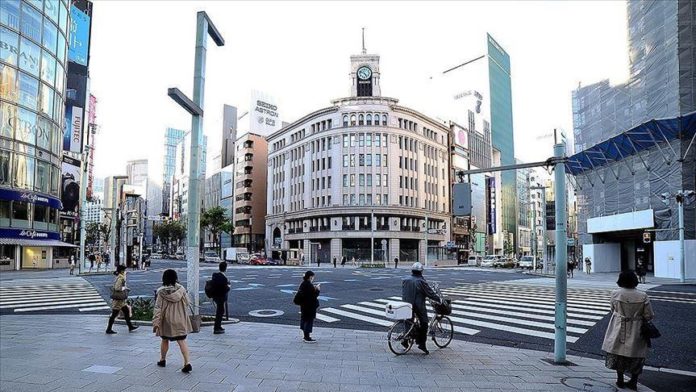 Fears of a resurgence of the coronavirus in Japan are growing as cases have spiked in some parts, including the capital Tokyo, since a nationwide emergency was lifted this week, local media reported on Friday.

According to Kyodo News, an alarming spike in infections has been witnessed in Kitakyushu city in the southwestern Fukuoka province, with over 40 cases confirmed in less than a week.

Kenji Kitahashi, the city’s mayor, said Kitakyushu was “in the middle of a second wave” after new cases emerged following a lull of over three weeks.

Authorities said the city had no cases from April 30 to May 22, but 43 new infections have now been confirmed in just six days – 21 of them in a single day.

Japan’s Health Ministry said an emergency response team has been sent to Kitakyushu to review the situation and implement necessary measures.

In Tokyo, authorities have reported more than 10 COVID-19 cases for three consecutive days after a sustained decline over past weeks.

A total of 15 new cases were confirmed in the capital on Thursday, including nine at a single hospital.

The new cases, which took Japan’s total to 16,683, including 867 deaths, have come just days after Prime Minister Shinzo Abe ended the state of emergency on Monday.

However, in a televised address, he had warned that the decision “does not mean the virus is gone or infections are down to zero.”

“Our battle against the virus will continue,” said the Japanese premier.