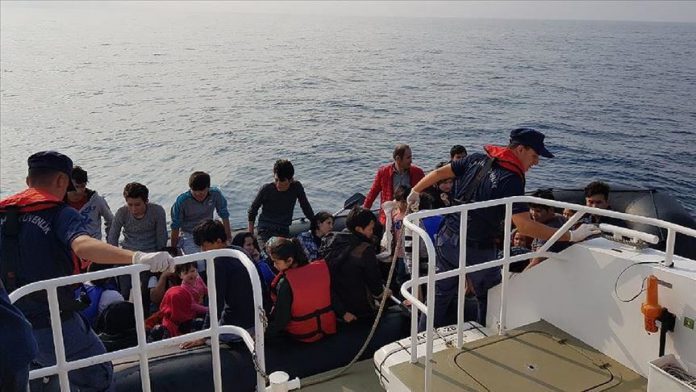 The number of irregular migrants held in Turkey has “visibly” increased in the last five years, the country’s interior minister said Thursday.

Suleyman Soylu made the remark while briefing the national assembly on “Migration Management in Turkey,” the interior ministry said in a statement.

Turkey has become a target country for irregular migrants in addition to its being a transit point for them to reach Europe, Soylu said.

“There has been a visible increase in the number of irregular migrants [caught in Turkey] in the last five years, while it averaged 50,000 [a year] until 2014,” he said, adding