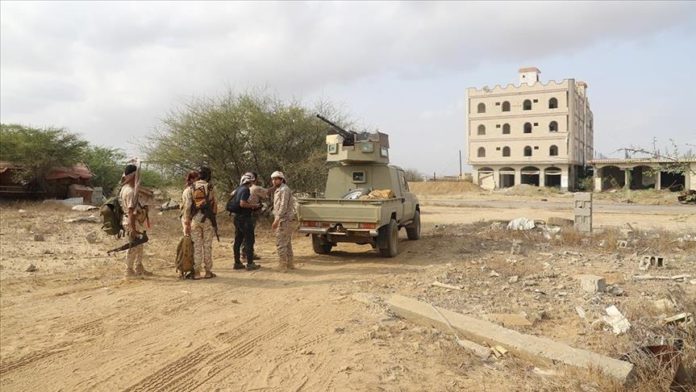 A journalist was killed late Sunday while covering clashes between Yemeni government forces and Iranian-backed Houthi rebels in northwestern Yemen.

The Houthis have yet to comment on the incident.

The Yemeni army announced Saturday that Harad district was surrounded by army forces as part of the clashes with the Houthis.

Controlled by the Houthis, Harad is one of the most strategic districts in Yemen due to its location.

The district is also home to a vital land port operated by Saudi Arabia.

A Saudi-led coalition has been fighting the Houthis since 2015, one year after the Iran-aligned rebels overran much of Yemen, including the capital Sanaa.

The seven-year conflict has created one of the world’s worst man-made humanitarian crises, with nearly 80% of the country, or about 30 million people, in need of humanitarian assistance and protection.

More than 13 million people in Yemen are in danger of starvation, according to UN estimates.