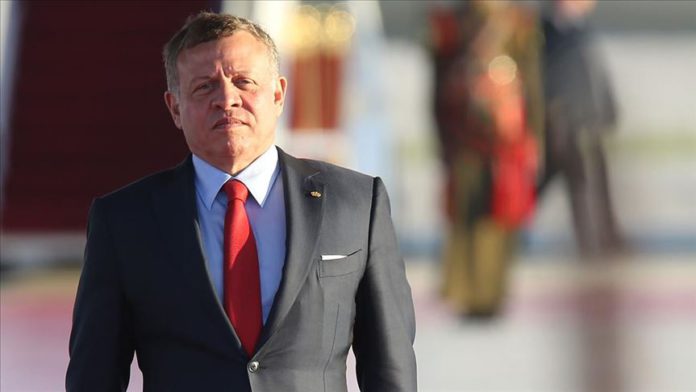 Jordan’s King Abdullah II stressed Tuesday that the Palestinian cause remains the central cause in the Middle East and that the Kingdom still supports a two-state solution which ends the Israeli occupation and establishes a Palestinian state.

The king made the remarks in the opening session of a trilateral summit between Jordan, Egypt and Iraq in the capital Amman which focused on expanding economic and commercial cooperation between the three countries.

“Our meeting today is very important in light of these exceptional conditions in the region and the world, along with the rapidly moving events in our region and foreign meddling attempts which require close coordination and joint action,” he said, according a statement from the Jordanian Royal Court.

In his speech, Egyptian President Abdel-Fattah al-Sisi confirmed that his country seeks to bolster cooperation and coordination between the three countries to counter the challenges.

Al-Sisi also stressed that he agrees with King Abdullah on the Palestinian cause based on the two-state solution and said it would have a positive impact on the entire region.

Iraqi Prime Minister Mustafa al-Kadhimi said the region is not in need of more wars and conflicts but needs solidarity to achieve security and stability for the peoples of the region.

The final statement of the summit affirmed the centrality of the Palestinian cause and to find a solution based on international legitimacy.

The statement also expressed support for Egypt in achieving water security and for Iraq in maintaining its security and sovereignty.

The trilateral summit is the third since March 2019. The first summit convened in Egypt in March 2019 and the second was held in the US in September 2019, according to the Jordanian Royal Court statement.

Turkish Treasury borrows over $1B through auctions