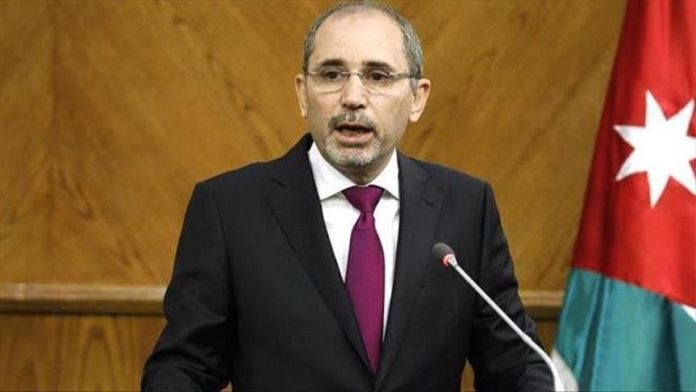 The Jordanian foreign minister on Thursday arrived in Ramallah on an unannounced visit.

A Palestinian source, who asked not to be named due to restrictions on speaking to the media, told Anadolu Agency that Ayman al-Safadi has brought a letter from Jordanian King Abdullah to Palestinian President Mahmoud Abbas.

The source added that al-Safadi will discuss with Abbas the recent political developments in the light of the Israeli government’s plans to annex parts of occupied lands in the West Bank.

On Tuesday, the Jordanian king warned against Israel’s annexation plan that would “threaten the stability in the Middle East”.

Abdullah said in a videoconference with US congressmen that any unilateral Israeli steps to annex parts of the West Bank are unacceptable and it will destroy prospects of peace in the region.