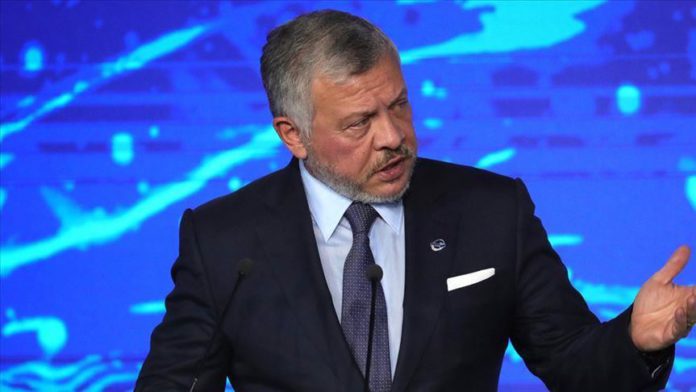 Jordanian king on Friday warned that if Israel annexes the West Bank, it would lead to a “massive conflict” with Jordan.

“If Israel really annexes the West Bank in July, it would lead to a massive conflict with the Hashemite Kingdom of Jordan,” King Abdullah II said in an interview with Der Spiegel.

“Leaders who advocate a one-state solution do not understand what that would mean,” he said, adding that there would be more chaos and extremism in the region.

The annexation comes as part of US President Donald Trump’s so-called Deal of the Century plan, which was announced on Jan. 28. It refers to Jerusalem as “Israel’s undivided capital” and recognizes Israeli sovereignty over large parts of the West Bank.