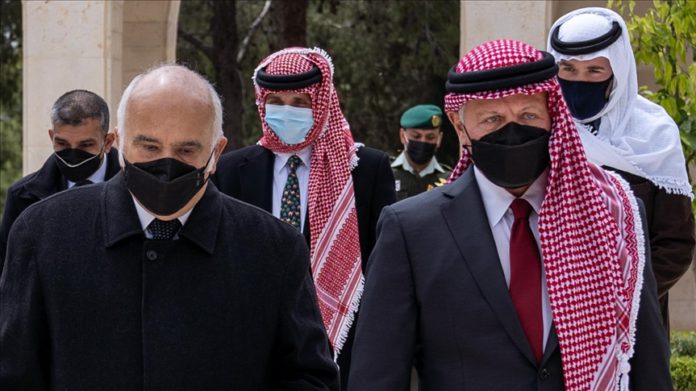 A statement by the Royal Court said a number of the royal family members, including Prince Hamzah and Crown Prince Hussein, joined the king in visiting the graves of Jordan’s founders King Abdullah I and King Talal in Amman to mark the centenary anniversary of Jordan’s establishment on April 11, 1921.

On Wednesday, Prince Hamzah pledged loyalty to the Jordanian monarch following mediation by the royal family.

King Abdullah said in a televised statement that the rift with his half-brother was over and that Prince Hamzah was under his care.

Last week, authorities announced that “preliminary investigations” showed Prince Hamzah’s involvement with “foreign parties” in “attempts to destabilize the security of the country” and “mobilizing citizens against the state.”

Prince Hamzah denied the allegations in a video in which he also stated that he was under house arrest.