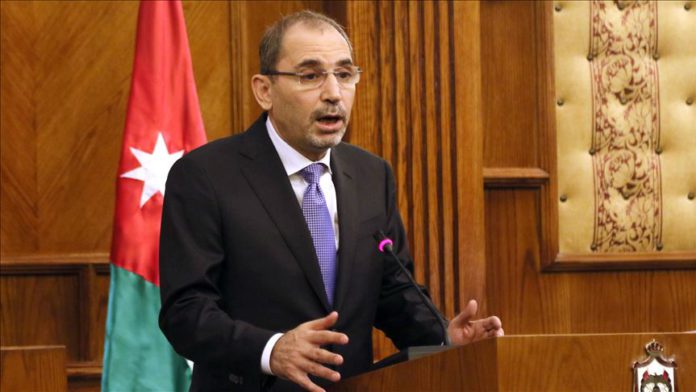 Jordan’s Foreign Minister Ayman al-Safadi said Friday that his country does not have land in the occupied West Bank where Israel plans to annex.

“Jordan is able to protect its borders and interests,” he said, while commenting on Israel’s annexation plan and noting Jordan’s borders are internationally recognized and not under any thread.

Safadi also warned of the danger of Israel’s annexation plan, and said it would certainly not remain unanswered.

Encouraged by US President Donald Trump’s so-called “Deal of the Century,” Israeli Prime Minister Benjamin Netanyahu last month announced his government would formally annex the Jordan Valley and all settlement blocs in the West Bank.