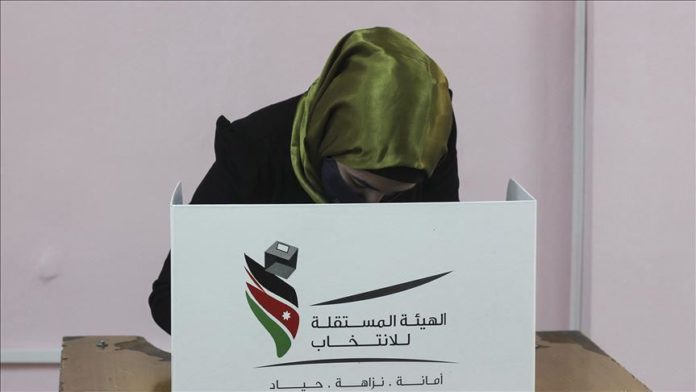 Turnout declined in Jordan’s recent general elections amid the ongoing novel coronavirus outbreak, according to figures from the country’s elections authority.

During Tuesday’s vote, which was carried out under strict health precautions to prevent the spread of the virus, 1,674 candidates contested 130 seats of the lower parliamentary chamber, the House of Representatives.

However, tribalism appeared to be the main factor in the elections, with voters casting their ballots according to tribal or family ties, observers have said.

Concerns surrounding rising COVID-19 case numbers led to a decline in the number of votes cast, prompting authorities to extend the voting for another two hours.

According to the Jordanian Independent Election Commission, voter turnout did not exceed 29.9% — down from 36% in 2016 — despite strict health measures during the polling process.

Despite calls for voters to choose candidates based on competency, tribalism still appeared heavily affect the outcome across the country’s provinces.

Many Jordanians elected their nominees based on the family or tribal links, according to observers.

“The tribalism phenomenon continued to rise where it controlled the electoral scene in Jordan,” commented Ahmed al-Ajarma, the coordinator of a monitoring project.

Most of Jordan’s parties participated in the elections, with 47 out of 48 parties registering candidates.

According to Amer Bani Amer, the head of Rased Center which monitored the elections and its results, 78% of candidates that won parliamentary seats — 100 out of 130 — were newcomers.

He added that only 16% of these new representatives were members of political parties.

Bani Amer also noted that around 1,270 remarksviolations had been registered during the voting.

The spokesperson of the Election Commission said that all the remarks had been addressed and some were referred to legal action.

While the commission began announcing preliminary results for some provinces, the final results have yet to be declared.

The Jordanian parliament consists of two chambers. The upper Senate has 65 members appointed by the king, while the House of Representatives’ 130 members are popularly elected.