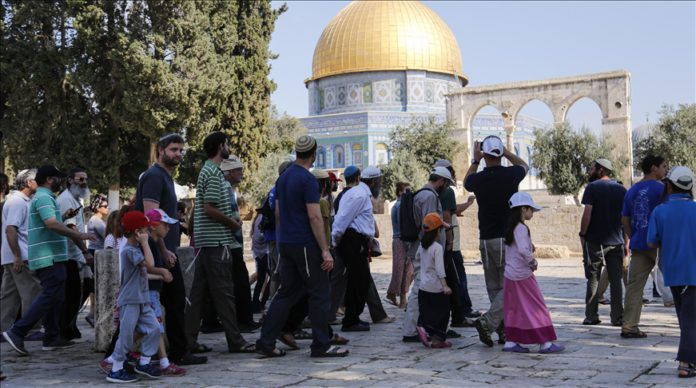 “The Israeli acts against Al-Aqsa Mosque are rejected and condemned, and constitute a violation of the historical and legal status quo and of international law,” Foreign Ministry spokesman Daifallah al-Fayez said in a statement.

According to the spokesman, Amman has sent an official letter of protest to Israel demanding a halt of Israeli violations and provocations against the sanctity of the mosque.

“Al-Aqsa Mosque complex is purely a Muslim worship site and that the Jordan-run Islamic Waqf Department is the exclusive body to oversee the site,” he added.

Hundreds of Israeli settlers forced their way into the Al-Aqsa complex on Sunday, amid tension over plans by settler groups to storm the flashpoint site to mark the anniversary of what they call the “destruction of the temple” in ancient times.