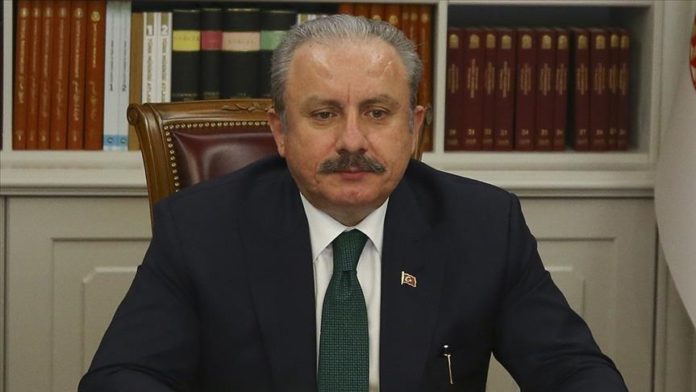 EU membership is still one of Turkey’s strategic goals, the country’s parliament speaker said on Tuesday.

“EU membership continues to be our strategic target. Strengthening and protecting Turkey’s EU orientation will be in everyone’s best interest,” Mustafa Sentop said before his meeting in the capital Ankara with Rik Daems, the president of the Parliamentary Assembly of the Council of Europe.

Sentop said Turkey had recently accelerated its reforms towards EU membership and said the country had a “legitimate expectation that our reform efforts are also supported by the union.”

Daems, for his part, said his Turkey visit was very important “because Turkey is one of the most important member countries of European Council.”

Turkey applied for EU membership in 1987, with accession talks beginning in 2005.

However, negotiations stalled in 2007 due to the objections of the Greek Cypriot administration, as well as opposition from Germany and France.

To gain membership, Turkey has to successfully conclude negotiations on 35 policy chapters that involve reforms and the adoption of European standards.

But in December 2016, member countries announced that new chapters would not be opened.

Since then, Ankara has held many negotiations with bloc officials, insisting that Turkey wants to open Chapter 23 on the judiciary and fundamental rights and Chapter 24 on justice, freedom, and security.