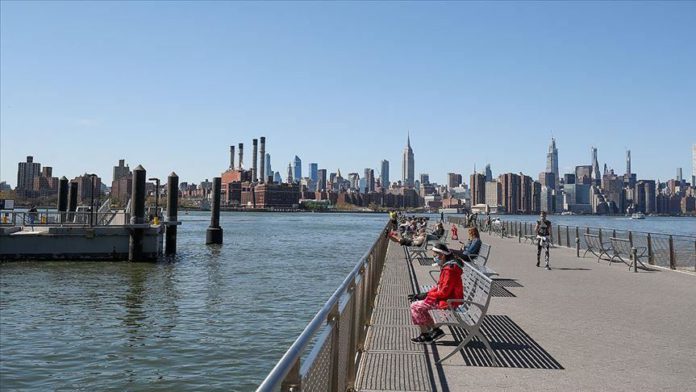 The US is at a “critical moment” in its battle against the coronavirus pandemic as more than 40 states will have reopened in varying degrees by the weekend, an expert of Maryland-based Johns Hopkins University warned.

“It’s clear to me we are at a critical moment of this fight,” epidemiologist Caitlin Rivers addressed House Committee on Appropriations on Wednesday, as cited by Los Angeles Times.

Rivers became the latest expert that advising not to rush reopening of the states as favored by President Donald Trump.

On Tuesday, another scientist whose coronavirus model is used by the Centers for Disease Control and Prevention (CDC) stressed the states may return to lockdown if cases jump following the easing of guidelines.

Youyang Gu told CNN that if states rush to reopen and virus spread, it will take time for them to realize it and “will be too late to reverse the decision.”

“It will be at least two to three weeks before we see an increase in the number of infections because it takes time for individuals to infect others and for them to display symptoms,” he said.

The expert added that there is also a “lag time” between symptoms worsening, getting tested and receiving the results, which is longer for deaths “around three weeks”.

Gu urged states to mandate all residents to wear masks to reduce the likelihood of a steep increase in infections.

Meanwhile, CEO of the German biotechnology firm BioNTech announced Tuesday that an experimental COVID-19 vaccine was entering into human trials in the US.

Ugur Sahin told CNN that he believes the regulatory approval process could be sped up due to the global outbreak.

Noting that they have “very encouraging” preclinical data, Sahin said he believes the virus will be responsive to the vaccine.

He emphasized the vaccine could be available in “many millions” of doses by the end of 2020 once it is approved by the regulators.

BioNTech is working with US giant Pfizer for a potential vaccine that is already at the human trials stage in Germany.

The US is the country hardest-hit by the global pandemic with more than 1.22 million cases and nearly 73,500 fatalities, according to a running tally of Johns Hopkins.

Since emerged in China last December, the virus has spread to 187 countries, infecting over 3.76 million people and killed more than 264,000. In all, 1.25 million people have recovered from the disease.