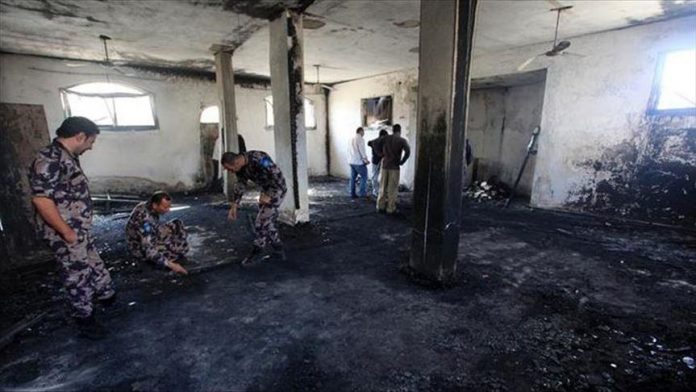 A group of settlers stormed Einabous Secondary School and set fire to a classroom, according to Iyad Awad, a spokesman for the Education Directorate south of the city of Nablus.

“The fire broke out all over the classroom,” Awad told Anadolu Agency.

The settlers also sprayed racist slurs in Hebrew on the school’s walls, according to Awad.

*Bassel Ibrahim contributed to this report from Ankara.