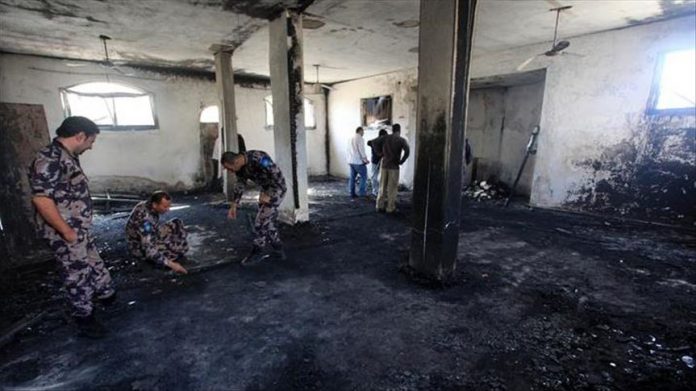 Jewish settlers set fire to a mosque in Jerusalem, vandalizing its walls with racial slurs.

Eyewitnesses told Anadolu Agency that a group of settlers set fire to the Badriya mosque in Beit Safafa town.

The witnesses added that the townspeople put out the fire before it spread into the mosque.

The settlers sprayed Hebrew racial slurs on the wall of the mosque.

November 15, 2019
We use cookies to ensure that we give you the best experience on our website. If you continue to use this site we will assume that you are happy with it.Ok