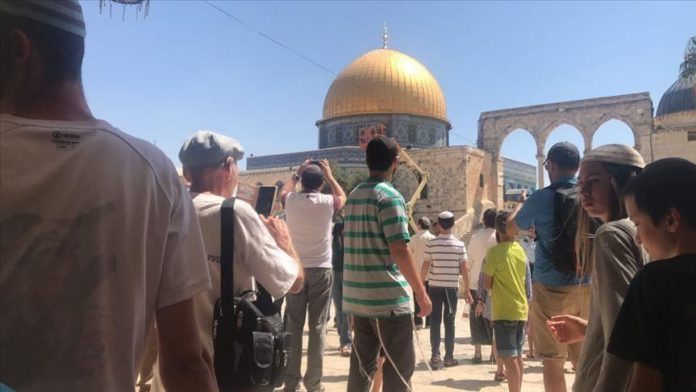 Dozens of Jewish settlers on Thursday stormed the Al-Aqsa Mosque compound in the occupied East Jerusalem.

“Under the protection of Israeli police, over 100 settlers stormed the compound through Al-Mugharbah gate,” Jerusalem Islamic Waqf (religious endowments) said in a statement.

The settlers called upon the Israeli government to expel the Islamic Waqf from the mosque’s compound.

Islamic Endowments, for its part, warned of the dangerous consequences of such demands made in Al-Aqsa under the watch of Israeli police that provided protection to the settlers’ incursion.