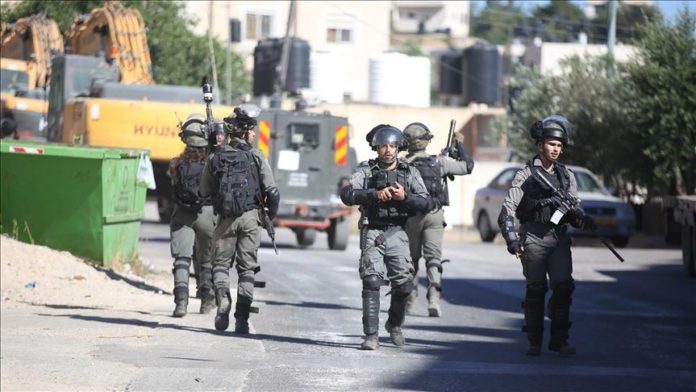 Experts believe the main reasons for the delay include the lack of a firm US commitment to back the plan, opposition from the country’s defense forces, and the Jewish diaspora and the second wave in Israel of the coronavirus pandemic and its fallout on the economy.

Many insiders told Anadolu Agency that the annexation plan has also led to differences between Jared Kushner, senior advisor to his father-in-law President Donald Trump, and US Ambassador to Israel David Melech Friedman.

Kushner, who is believed to have authored Trump’s peace plan, known as the ‘Deal of the Century,’ has been opposing the plan, arguing that it will put neighboring Arab countries in an embarrassing situation.

While three Arab ambassadors — from Oman, Bahrain, and the United Arab Emirates (UAE) — were present when Trump’s plan was announced in January, Kushner was confident of getting backing from Saudi Arabia, Egypt, and Jordan as well over time.

In the middle of the coronavirus crises, however, a powerful Jewish diaspora group that interacted with top officials and politicians of Gulf nations was told in inexplicable terms that relations would roll back should Netanyahu go ahead with annexing Palestinian territory. Jordan has already conveyed that there will be a massive conflict.

“They may not mean military conflict, but it will lead to a diplomatic standoff and may have an economic impact,” a member of this highly influential group told Anadolu Agency on condition of anonymity.

These sources further said that a break in the working relations with the Gulf countries would affect many of Kushner’s projects in the region, including his so-called “Deal of the Century”. Kushner maintains that a unilateral annexation will annoy Arab allies and remove the leverage the US had built in the region over the years. Yousef al-Otaiba, the UAE envoy in Washington, also wrote in the Israel-based Hebrew journal Yediot Ahronot, that annexation would destroy the relationships that Netanyahu has been working hard to build in the Arab world.

“It’s either annexation or normalization,” the headline of his article declared.

The diaspora members said Ambassador Friedman, however, maintains a different view. Pointing out that there was not much opposition in Arab capitals and streets as predicted when the US moved its embassy from Tel Aviv to Jerusalem and also when Trump’s peace plan was unveiled, he is of the view that the annexation plan will also proceed peacefully.

A section in the US administration backing Friedman also believes that countries like Jordan, Egypt, Saudi Arabia, and the UAE heavily rely on the US and need Israeli support more than Israel needs them.

Friedman has also been reportedly telling Tel Aviv that if Trump is not re-elected in November, the Democrats will not allow Israel to go ahead with the annexation plans.

Since US support of the annexation plan is a precondition to its implementation, reports are surfacing that due to differences within the administration, Washington over the past several days has been working overtime behind the scenes telling Netanyahu not to rush things.

Speaking to Anadolu Agency, an official of a major US-based Jewish organization said Israel is getting mixed signals on the issue.

“The negative reaction by its Arab allies, fear of protests in the Arab region and the collapse of the Palestinian Authority (PA) led by President Mahmoud Abbas weigh heavily in the minds of officials in the White House,” he said.

Further, within Israel, while Netanyahu ally Benjamin Gantz’s Blue and White party has remained non-committal, there are voices within the Israeli Defense Forces (IDF) opposing the plan.

The official said that while the IDF officers have not spoken openly, retired top generals have overwhelmingly opposed the annexation plan. Some 220 retired Israeli generals, admirals and former top officials of the Mossad, Shin Bet and police have openly called for blocking the unilateral annexation plan.

Similarly, the Jewish diaspora spread across the world is also not warming up to Netanyahu’s plan. While Israel hosts 6.8 million Jews, there are 7.2 million of them living in some 99 countries, the largest being the 5.7 million in the US.

“Israel’s relations with the Jewish diaspora have remained complex. They are warning the Netanyahu government about the fallout from annexation,” said the official of a Jewish organization.

But he also made it clear that in case Tel Aviv decides to go ahead, the diaspora will rise to protect it from any punitive measures.

“The Jewish state provides an identity to Jews across the world. They (Jews) believe that if this state is destroyed as it has been in the past, it will not now be possible to reclaim it,” he said.

Asked why IDF was opposing Netanyahu’s plan, the official said the collapse of the PA would be a nightmare for the military.

“They will have to resume military control of Palestinian areas and manage them daily, which they least want,” the official added.

The diaspora is also concerned with the reaction of the European Union and Democrats in the US. They believe since Democrats are not warm to the idea, in case they come to power and Israel goes ahead with the plan, the relationship will begin on a wrong note.

While the Jewish diaspora is apprehensive that the EU may even go for imposing sanctions against Israel, they, however, believe that trade restrictions will also harm European nations and their relations with the US, which they can ill afford. Twenty-seven states in the US have adopted laws or policies that penalize businesses, organizations, or individuals that engage in or call for boycotts against Israel.

While hailing the risk-taking attitude of Netanyahu, the diaspora believes that Israeli public opinion right now is primarily concerned with the COVID-19 pandemic and its fallout on the economy. The diaspora members still guessing, whether Netanyahu during his tenure will show pragmatism to tackle pressing issues confronting the Jewish state or go-ahead to implement the annexation plan, which was his major poll plank during the polls. According to the coalition agreement, he will have to vacate prime minister post for Benny Gantz next year.

“I tell you with certainty that neither Netanyahu nor Gantz wants annexation at this time. But the big question is who will take responsibility for abandoning the plan, which was on their election agenda,” the official said.