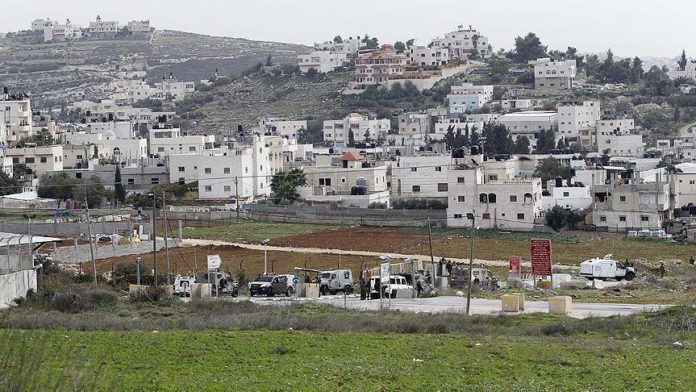 In a letter led by the Israel Policy Forum, and co-signed by the Anti-Defamation League and five other organizations, the groups appealed to Israeli Prime Minister Naftali Bennett and his government to take immediate action to address what they said is a “disturbing trend” in settler violence.

“While the latest example of extremists filmed torching a car and violently attacking Palestinians and Israeli activists with clubs outside the village of Burin is particularly egregious, it is sadly not an isolated incident,” they wrote. “Attacks by Israelis have been steadily increasing and intensifying over the past year, and as pro-Israel Jewish organizations, we are deeply concerned by these trends.”

The groups referenced a settler attack on Friday against activists near the village of Burin in the West Bank where 10 activists were injured, including four Israelis.

The letter appealed to Bennet’s government “to unite in strong condemnation against these acts,” and to work to bring the accountable parties to account while confronting the “growing threats posed by these extremists with the determination and seriousness that this grave situation requires.”

In recent months, settlers across the West Bank have stepped up attacks against Palestinians and their properties, often with Israeli security forces posted nearby.