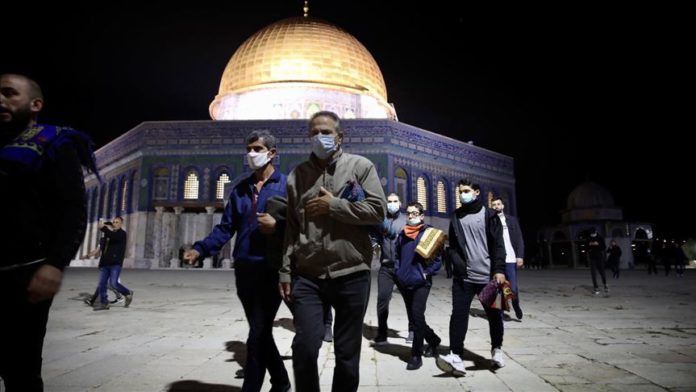 East Jerusalem’s Al-Aqsa Mosque was reopened on Sunday after more than two months of closure due to the coronavirus pandemic.

Worshippers chanted “Allahu Akbar” (God is greatest) as they were let into the mosque for the dawn prayers, according to an Anadolu Agency reporter at the scene.

The mosque was closed off to all worshippers late March amid the novel coronavirus outbreak in Palestinian territories.