TurkishPress
Home News ‘Jerusalem is not for sale,’ says Erdogan 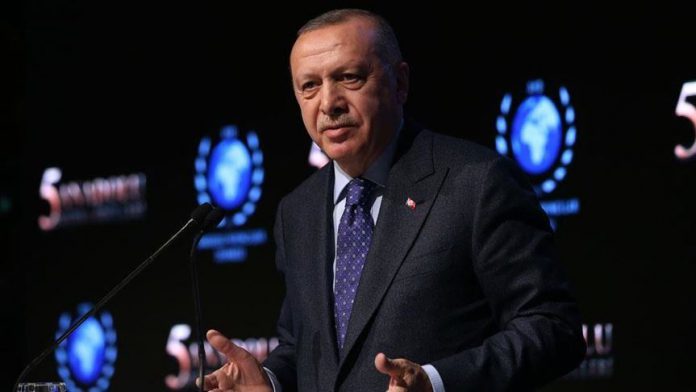 Speaking at the 5th Anatolian Media Awards ceremony in the capital Ankara, Erdogan said: “Jerusalem is not for sale.”

Condemning the so-called “Deal of the Century”, the president said, “Jerusalem is a red line for us.”

On Tuesday, U.S. President Donald Trump released his plan to end the Israeli-Palestinian dispute at the White House alongside Netanyahu, with no Palestinian officials present.

During the event, Trump referred to Jerusalem as “Israel’s undivided capital.”

Read more: ‘Jerusalem is not for sale,’ says Erdogan