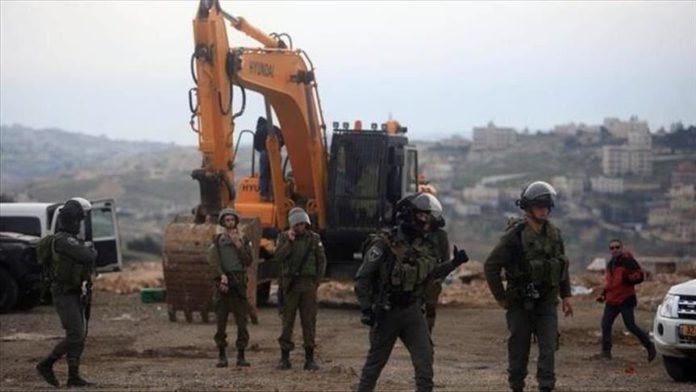 “The increasing path of house demolitions in Jabel Mukaber in southern East Jerusalem aim to expel our people under false excuses,” Hamas spokesman Abdel Latif al-Qanua said in a statement on Tuesday.

“This policy [of house demolitions] is a crime that cannot be ignored,” he said.

On Monday, Israeli authorities ordered a Palestinian family in Jabel Mukaber to demolish their home, citing a lack of permit.

Palestinians in East Jerusalem are forced to build without permits due to refusal of the Israeli Municipality to grant them building permits.

More than 1,900 Palestinian homes have been completely demolished in Jerusalem by Israeli forces since 1967, according to Palestinian figures.

Israel occupied East Jerusalem, where the flashpoint Al-Aqsa Mosque compound is located, during the 1967 Arab-Israeli War. It annexed the entire city in 1980 in a move never recognized by the international community.