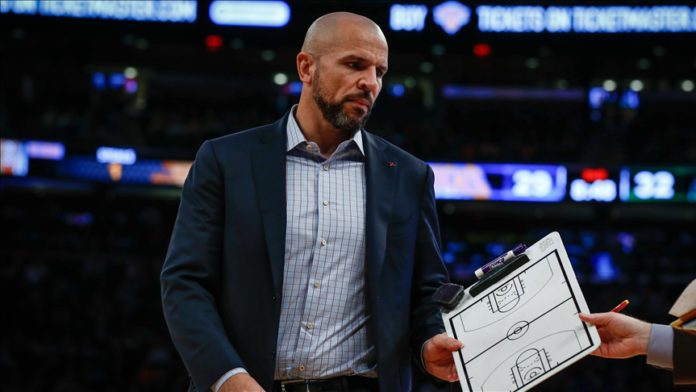 Jason Kidd will be the new head coach of the Dallas Mavericks, the club has announced.

Hired as the Mavericks’ head coach on June 28, Kidd was officially introduced on Thursday at a press conference organized by the club, said an official statement.

The former Bucks coach said he was excited to be back in Dallas, which he said has the best fans in the country.

Kidd, 48, unveiled some of his plans to get more production out of Kristaps Porzingis and take some pressure off Luka Doncic by reducing the number of times he has to bring the ball up the floor.

The former point guard started his professional career with the Dallas Mavericks in 1994 and played with teams like the New Jersey Nets, Phoenix Suns, and New York Knicks through his playing career.

Kidd started his coaching career with the Brooklyn Nets in 2013. He coached them to an appearance in the Eastern Conference semifinals in the 2013-14 season.

After taking charge of the Milwaukee Bucks between 2014 and 2018, he became an assistant coach for the Los Angeles Lakers and helped them win the NBA championship in 2020.