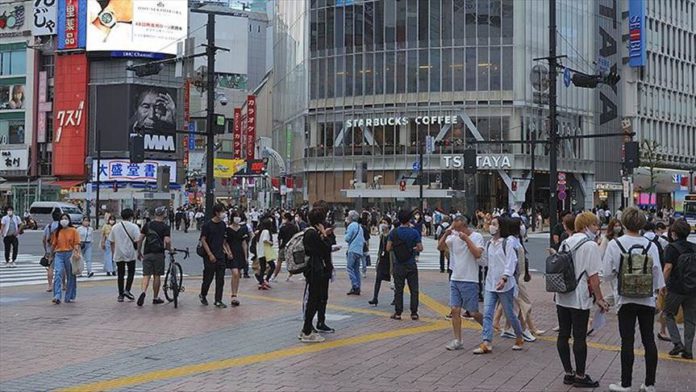 The total number of coronavirus cases crossed 90,000 in Japan, as infections continued to rise in capital Tokyo — the worst-hit city in the country.

The government data released Sunday night showed coronavirus cases at 90,009, Kyodo News Agency reported. At least 1,643 people have died due to the infection.

The capital Tokyo, which has the largest number of cases in the country’s 47 provinces, reported 78 new infections on Monday when the last reports came in taking the total to 27,793.

It is the first time the daily infections in Tokyo have fallen below 100 since Oct. 5. Japan has conducted over two million tests since the outbreak began.

Amid criticism over its handling of the coronavirus pandemic, Taro Kono, Japan’s minister in charge of regulatory reform, told a conference in Tokyo on Sunday: “What we are trying to do is to create new value for society and make life more convenient. That’s the goal of our regulatory reforms.”

“The government was considering making arrangements that would allow all government-related payments to be made online […] For example, people currently have to go to a bank or post office to pay traffic fines, but that’s not efficient,” the minister said during the conference at Globis University.

According to daily Japan Times, the country has around 11,000 types of government procedures that require papers to be stamped with personal seals, but only 820 of them account for more than 99% of procedures undertaken.

“If you get rid of this hanko [personal seal] procedure, the next step would be to get rid of the paperwork […] If you don’t have to put hanko on the paper, you can do everything online,” he said.

“Having examined how many can be eliminated […] only 35 really need hanko,” the minister added.