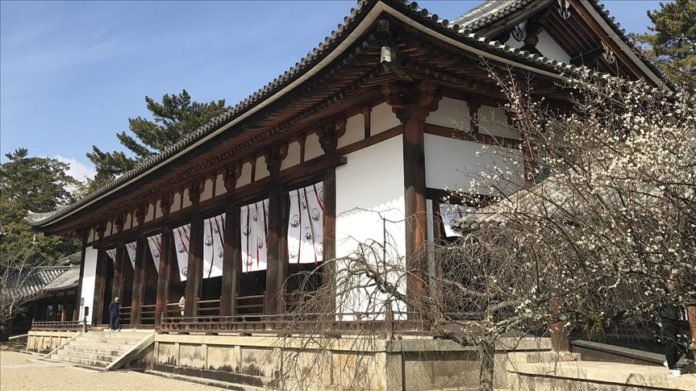 UNESCO on Friday added traditional Japanese architectural craftsmanship used in wooden skeleton structures to its list of the Intangible Cultural Heritage of Humanity.

Japanese architectural craftsmanship is used for the restoration of ancient structures such as temples, which are generally built using wood. The craftsmanship covers techniques from 17 fields.

According to the Kyodo News agency, the Horyuji Temple, located in Nara province in western Japan – considered the oldest living wooden structure in the world – is included in this class of architectural craftsmanship.

The gypsum coating called “Sakan,” harvesting of Cypress bark for roof cover, varnishing of traditional structures, and producing “tatami” mats were among the techniques that made the list.

The additions pushed the number of Japanese entries on the cultural heritage list to 22.

Over 30 killed in fresh communal violence in South Sudan