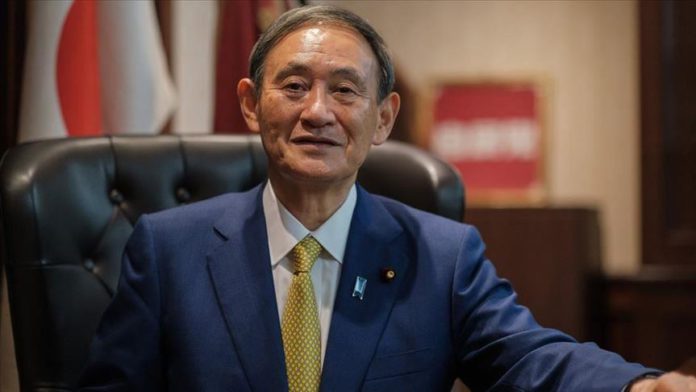 Suga, 71, was elected prime minister of Japan last month after his predecessor Shinzo Abe stepped down over health concerns.

“We need to change our mindset that proactively taking measures against global warming will bring about changes to industrial structures, as well as the economy and society, and lead to major growth,” Suga told the 41-day extraordinary Diet session through Dec. 5.

Previously, the Japanese government has set a target of reducing emissions by 80% by 2050.

Suga said: “Japan will try to introduce renewable energy sources as much as possible and push forward its nuclear power policy.”

He emphasized on “balancing measures to prevent the spread of coronavirus with the promotion of economic growth.”

The Japanese premier resolved to hold the postponed Tokyo Olympics next summer. The biggest global sports event was delayed due to the pandemic.

He asserted to continue pursuing “Abenomics,” — the economic mantra of Abe which marked bold monetary easing by the Central Bank, fiscal stimulus and structural reforms to spur growth.

“We will absolutely prevent the explosive spread of infections and protect the lives and health of the people, and resume social and economic activities to revive the economy,” he added.

Suga also said that his government will secure enough COVID-19 vaccines for all people in Japan in the first half of next year after confirming its safety and effectiveness.

Nearly 97,825 people have tested positive for the coronavirus in Japan including 1,711 fatalities.

The country has conducted 2,308,769 tests for the infection.