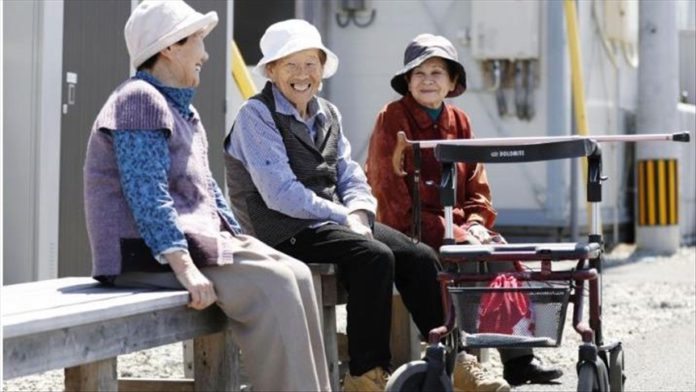 Japan’s population declined by 0.7% during the past five years, dropping out for the first time since 1950 from the world’s top 10 countries in terms of population.

The latest census data of 2020, released by the Internal Affairs Ministry on Friday, showed that the country’s population stood at 126,226,568 as of Oct. 1, 2020, reported Tokyo-based Kyodo News.

Japan, comprising 1.6% of the global population, dropped one place from 10th to 11th in the world ranking of the most populated countries, it said, citing the latest UN report.

According to the report, Japan is the only nation among the top 20 populated countries of the world, while its population dropped by around 868,000 from 2015 to 2020.

The average number of members per household fell to 2.27 from 2.38 in the 2015 survey, the lowest since comparable data became available in 1970 as more elderly people lived alone, according to the report.

Meanwhile, the country’s child population also decreased, with the number of children aged 14 or younger standing at 14.93 million as of April 1 this year.

The figures released by the government last month indicated that Japan has seen the child population dropping continuously over the past 40 straight years, leaving the world’s third-largest economy grappling with an aging population.

Japan is among 33 countries with the lowest child population ratio, along with South Korea and Italy.

According to the ministry, this ratio fell to its base at 11.9% after 47 straight years of decline.

Japan has measured its population every five years since 1920.