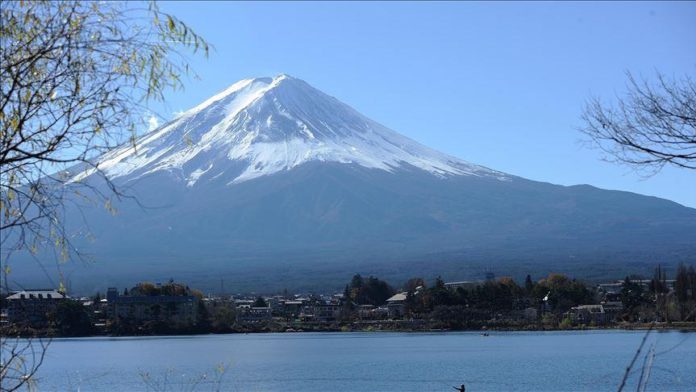 Japan on Thursday reopened Mt. Fuji to climbers more than a year after it was closed due to the COVID-19 pandemic.

The volcanic mountain, a world heritage site, is accessible from two Japanese provinces with at least seven routes.

The most popular of the four routes on the Yamanashi province side has been opened with COVID-19 measures in place, Kyodo News reported.

People are being asked to fill health forms and their temperatures are checked before they can proceed up the 3,776-meter mountain, which was closed to visitors in May last year for the first time since 1960.

Authorities in Shizuoka province are also planning to open the three routes on their side by July 10.

Climbers will be able to access the mountain until Sept. 10, the report said.

‘Olympics may be without fans’

Japan’s premier said Thursday that this month’s Olympics in Tokyo could be held without any spectators.

While international fans were already not allowed to attend the mega sporting event, the government may also bar locals due to the country’s COVID-19 situation.

“I’ve said before there is a possibility of there being no spectators,” Prime Minister Yoshihide Suga told reporters.

“In any case, we will act with the safety and security of the Japanese people as our top priority.”

According to a Kyodo News report, Suga may have no choice but to extend the quasi-state of emergency currently enforced in Tokyo and three adjacent provinces.

It was due to end on July 11 but seems unlikely to be lifted as Tokyo grapples with a surge in infections.

There were 673 new cases reported in the capital on Thursday, a day after the daily count crossed 700 for the first time since May 26, the report said.

Japan’s overall virus tally is now just short of 800,000, including 14,781 deaths, according to official data.

Trump: US pullout 'worst thing’ to occur to Iraq