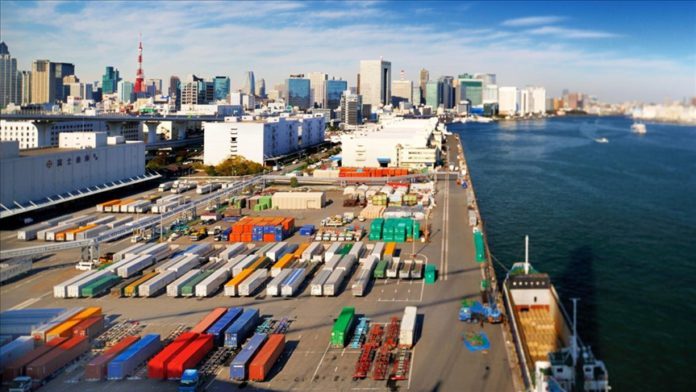 Latest data showed exports fell 4.2% year-on-year to $59 billion, particularly due to a drop in shipments of diesel oil to Australia and cars to Europe and the Middle East, Kyodo News reported.

This the longest period of decrease since a 23-month fall through July 1987 caused by a fierce Japan-US trade battle when Tokyo was rising as an economic power, the report said.

“A combination of factors is considered to have caused the decline in exports,” a ministry official said.

Despite the overall fall, exports to China, Japan’s largest trade partner, were still up by 3.8%.

Last month, the Japanese government said the pandemic-hit economy is growing at a 40-year high, as gross domestic product showed an unprecedented 21.4% annual growth in the July-September quarter.

That was the highest growth rate registered by the world’s third largest economy in at least four decades, and came after an initial plunge of 28.1% in annual growth due to the pandemic.

He attended the event in the capital Tokyo on Dec. 14, shortly after his government suspended its travel incentive scheme due to rising infections in the country.

Provincial authorities have also been asked to avoid big gatherings in the holiday season.

The capital’s overall count now stands at 48,668 – the highest in the entire country.

Despite many downs in last decade, Lakers find way to excel