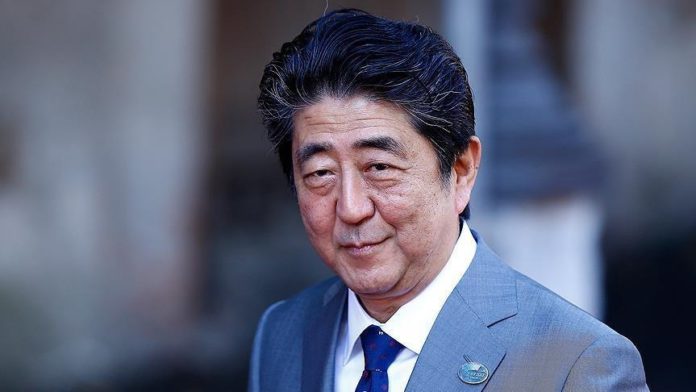 Japan’s former Prime Minister Shinzo Abe on Thursday survived being indicted over a corruption scandal, possibly one of the biggest political stigmas in the country, after prosecutors dropped a case against him.

The public prosecutors decided not to indict Abe over dinner parties held for his supporters during his eight-year long term that ended last September, Kyodo News reported.

There was no evidence that Abe knew of the improper reporting regarding tens of hundreds of dollars paid for dinner receptions, the prosecutors said.

Abe voluntarily stood for questioning by public prosecutors last Monday where he said that he was “not aware that his side had shouldered the costs and their records had not been properly reported.”

However, the prosecutors filed a summary indictment against one of Abe’s former state-paid secretaries Hiroyuki Haikawa, 61, “seeking a fine be imposed on him for his alleged failure to keep some financial records related to the dinner functions as required by law.”

The case was built for allegedly not “recording incomes and expenditures related to the dinner functions.”

Haikawa “failed to record the income and expenditures for the dinner events between 2016 and 2019”, the case summary said, while Kyodo News said he also “admitted to not keeping the legally required records.”

Total revenues and costs that were not declared in political fund reports possibly exceed $383,000.

Abe’s office was suspected of covering a shortfall of about $77,000 — a “possible violation of the political funds’ control law.”

The dinner parties held over five years cost $222,000 – which is higher than the money collected from attendees who were charged around $48 each. However, the five-star hotel events in Tokyo normally cost approximately $105 or more per head.

Haikawa heads the group of Abe’s supporters that organized the parties and last Wednesday the group also sought to correct its political funds’ reports for 2017 to 2019, adding income collected and expenditures paid.

Ever since the scandal came to light last year in November, Abe repeatedly had denied any wrongdoing. He is expected to clarify his position in parliament on Friday.

The probe came after a criminal complaint was filed by lawyers and scholars against Abe last May.

The complainants claimed Abe and his officers allegedly broke the law “by failing to report the payment of the difference between the total costs of each party and the contributions paid by attendees.”

The alleged payment is said to have been made between 2013 and 2019 at Tokyo hotels.

The dinner functions were held annually over five years from 2015 at two hotels in Tokyo, where the total bills exceeded the amount collected from ticket sales.

At least 800 supporters of Abe attended the 2019 edition of the cherry blossom viewing party.