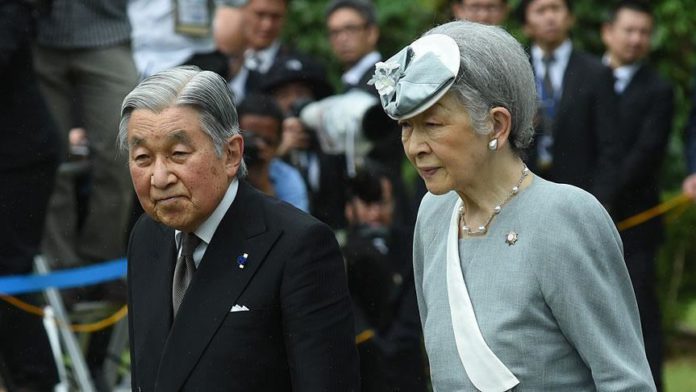 Japan’s former Emperor Akihito returned to palace for a brief visit on Thursday for first time after he moved to his new residence in March.

Akihito, 86, paid a visit to a biology research institute inside the imperial palace where he had been conducting research for decades, local Kyodo News agency reported.

His research has focused on the goby fish.

The former emperor and his wife former Empress Michiko, 85, left the imperial palace after Akihito abdicated last year on April 30, first monarch to do so in 200 years in Japan’s imperial history.

Akihito was emperor for 30 years and lived in the palace for 26 years when he left it for his successor and son Naruhito, 60.

Emperor Naruhito and his family currently live in the Akasaka Imperial Residence.

The monarchs have been avoiding public due to the pandemic and the first visit came after the Japanese government lifted the state of emergency in Tokyo on Monday.

Akihito was seen wearing a face mask when he left his residence at around 10 a.m. (0100GMT). He spent around 90 minutes at the lab.

Japan has reported 16,651 cases of the deadly coronavirus infection. 858 people have died of the virus.