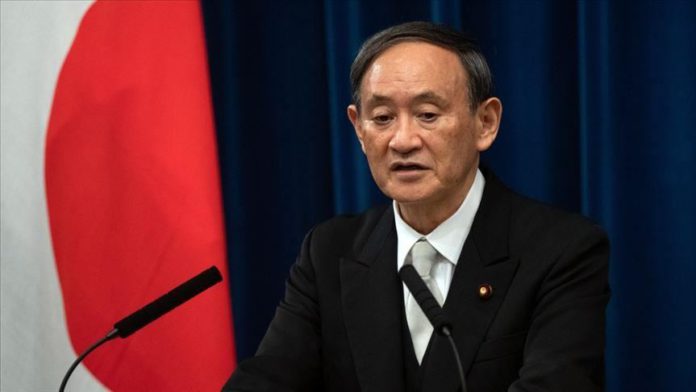 “The fact that Indonesia was one of the two ASEAN [Association of Southeast Asian Nations] countries visited by PM Suga shows that Japan sees us as a strategic partner,” said Kamdani, with the other being Vietnam.

She explained that the meeting’s agenda with President Joko Widodo included four main areas of cooperation, including a commitment to open an air travel corridor and the relocation of Japanese companies to Indonesia.

Kamdani said the agenda also included the continuity of Japanese investment in Indonesia’s infrastructure development and easing trade between the two countries, which was specifically requested by President Widodo.

“We believe that these two points of cooperation will be seriously followed up by the two countries after the visit. Indonesia-Japan trade and investment activities will certainly be increased compared to today,” she said.

Kamdani said the two countries should deepen and expand the supply chains so that Indonesia will be one of Japan’s largest manufacturing bases apart from China.

During the meeting, Widodo welcomed the relocation to the country and investments by Japanese companies including Denso, Panasonic, Sagami, Mitsubishi Chemical and Toyota.

“We see that there is an interest by Japan to diversify its production base from China in the near future,” she said.

Kamdani said Japanese companies — apart from those mentioned by the president — should also be approached and facilitated by the government so that Indonesia can become one of the world’s major production bases.

“We really hope that the Indonesian and Japanese governments can follow up this cooperation so that it can be implemented immediately,” she added.

Piter Abdullah from the Center of Reform on Economics, an Indonesia-based a think tank, said Japan needs Indonesia as a partner in the Asia-Pacific region as the country is facing China’s economic hegemony.

“Indonesia is in a contested position like during the Cold War era between the US and the Soviet Union,” said Abdullah, the research director at the center.

Therefore, he said, the amount of Japanese investment in Indonesia depends on the government’s ingenuity in taking a role and solidifying its position as a strategic partner of the country.

Abdullah said that as a country that adheres to a free and active foreign policy, Indonesia can seek more cooperation and investment from Japan and China amid their rivalry.

“We are in a neutral position to face and cooperate with Japan and China,” he told Anadolu Agency.

Abdullah said the government needs to know the right momentum to attract investment from both countries.

Japanese investment in Indonesia reached $1.2 billion by the end of the first semester of this year, according to data from Indonesia’s Investment Coordinating Board.

It was fourth after Singapore with $4.7 billion, China with $2.4 billion and Hong Kong with $1.8 billion.

According to Indonesian investment authority’s latest data released on Friday, the total foreign and domestic investment in the country has reach to $41,6 billion in the first nine months of 2020.