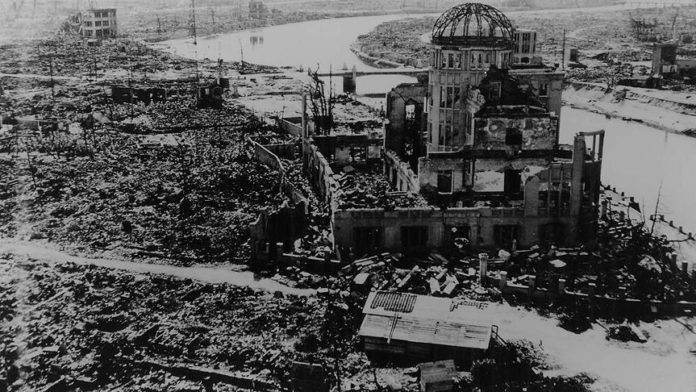 A court in Japan has ruled that 84 people in Hiroshima are entitled to state healthcare benefits because they were exposed to radioactive “black rain” after the 1945 nuclear bombing by the US, local media reported on Wednesday.

The plaintiffs, who include deceased individuals, were denied healthcare benefits because they live in an area outside the zone currently recognized by the government, according to a report by Kyodo News.

Their initial applications between 2015 and 2018 were denied but a lower court ruled in their favor last July.

The Hiroshima High Court upheld last year’s verdict, saying the petitioners “should receive the same benefits as those provided for atomic bomb survivors who were in the zone where the state has recognized black rain fell,” read the report.

The Japanese government has demarcated an area “19 kilometers [some 12 miles] in length and 11 km [7 miles] in width stretching northwest of the hypocenter of the atomic bombing on Aug. 6, 1945 as the zone where black rain fell for an hour or longer.”

Residents in the area have free health checkups and medical benefits in case of developing 11 specific illnesses caused by radiation effects, the report added.

Pointing out that the 84 plaintiffs lived outside the recognized zone, the government, including the Health, Labor, and Welfare Ministry, had argued that “highly scientific proof was necessary to determine whether the plaintiffs were in an environment affected by radiation.”

However, the petitioners maintained that they “only needed to prove the possibility of health damage caused by radiation,” read the Kyodo News report.

“In addition to the external radiation exposure due to the rain, there was a possibility of internal exposure by consuming contaminated food and well water,” they said.