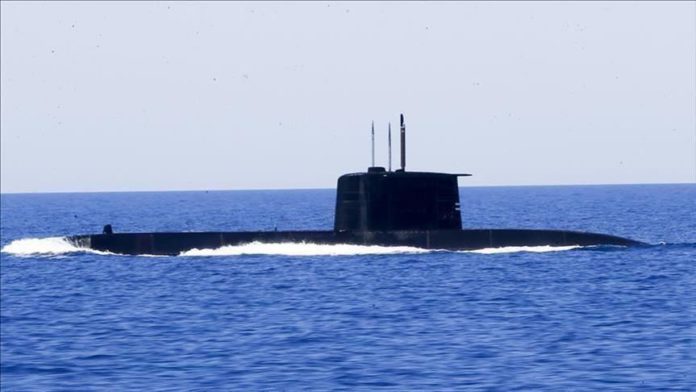 The 3,000-ton Taigei, or big whale, built by Mitsubishi Heavy Industries Ltd. will be put in to service by March 2022, Kyodo News agency reported. It is under construction at a shipyard in western Japan.

The vessel’s announcement comes amid tensions in the East China Sea, where Tokyo blames Beijing for violating the country’s territorial waters.

Japan said Chinese coast guard ships entered its territorial waters near the Senkaku Islands in the East China Sea last Sunday, only leaving the area Tuesday night after “a record length of time.”

The Japanese Coast Guard said the Chinese vessels remained in its waters for 57 hours and 39 minutes — exceeding the previous record of 39 hours and 23 minutes set in July.

China claims the Japanese-controlled islands, which it calls Diaoyu, and routinely sends its warships to the surrounding waters.

Under these increasing tensions, Tokyo aims to increase the number of its submarines from 16 to 22 as part of its 2010 National Defense Program Guidelines.

Russia concerned over UK's statement about navigation in Black Sea