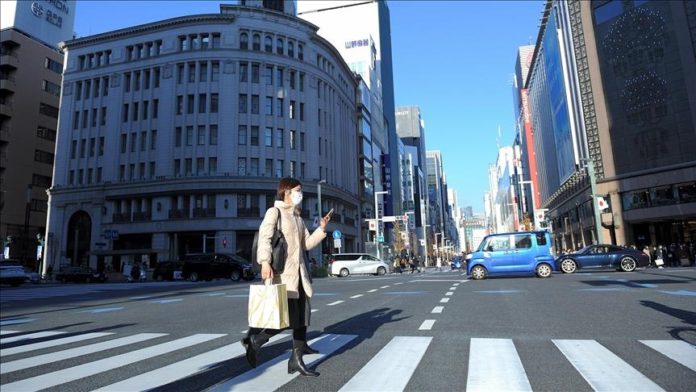 Japan is mulling to impose a state of emergency in the capital Tokyo and its surrounding areas as the deadly coronavirus infections continue to rise.

The capital on Tuesday reported more than 1,278 new cases of COVID-19, Kyodo News reported. It is the second-highest daily number of cases so far in Tokyo.

Tokyo reported around 1,337 cases of the virus on the New Year’s Eve and the number has been hovering around 1,000 for the past few weeks. The capital is the worst affected province in the country with over 62,000 cases reported so far.

“What the people want from the government and the ruling party is a sense of security and hope. We will put the coronavirus response first and work hard at it,” Japanese Prime Minister Yoshihide Suga told the ruling Liberal Democratic Party today, according to the news agency.

He added that a decision with regard to a state of emergency in the capital will be taken on Thursday.

The announcement also affected the markets as Tokyo stocks ended at a lower mark on Tuesday evening. The pandemic has battered the Japanese economy with low supply-demand from overseas, but the government has given many financial boosts to keep the market running since the outbreak started in December 2019.

A day earlier, Suga said: “We are taking the situation seriously, so it is necessary to send a stronger message. I think carrying out limited but intensive measures will be effective.”

Suga’s government mulls to impose a state of emergency in Tokyo as well the Kanagawa, Saitama, and Chiba provinces.

Japan is divided into 47 provinces run by empowered local governments. Under a state of emergency, provincial governors get legal authority to urge residents to cooperate with anti-virus efforts. The state of emergency is expected to last one month.

Tokyo Governor Koike Yuriko also said: “The situation has entered a completely different stage. It is necessary to make efforts to reduce the risk of infection, including by significantly curbing the movement of people, and reducing social contact.”

Earlier, Japan had imposed a state of emergency in April which was lifted in May to stem the spread of the infection.

Japan has reported a total of 243,847 coronavirus cases, including around 3,600 deaths since the outbreak.

Oil prices gain as US, China close on trade deal