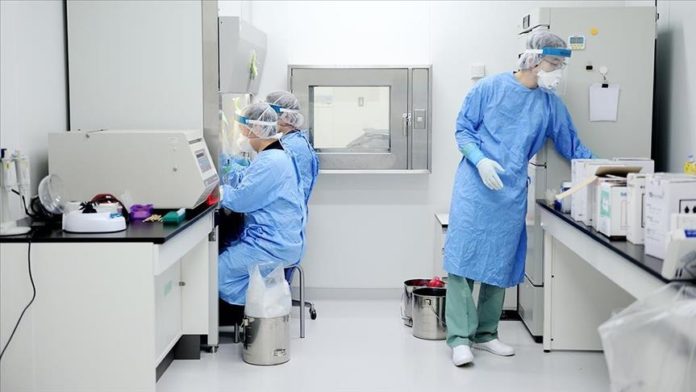 With daily virus cases hitting a record high, Japan’s capital has raised its alert for the strain on the medical system to the highest of four levels, local media reported on Thursday.

Tokyo recorded 822 new cases over the past day, well over the previous record of 678 seen a day earlier, Kyodo News reported.

Its overall count is now over 49,000, highest among all of the country’s 47 provinces.

Concerned over the increasing burden on the healthcare network, authorities in the city of 9.2 million have raised the alert for the medical system to the highest level for the first time since the outbreak.

The metropolitan government raised the general virus alert to the highest level in November but kept its assessment of the capital’s medical system at the second-highest level, the report said.

Nearly 70% of Tokyo’s 3,000 beds for COVID-19 patients are now occupied, along with 78 of the 200 prepared for patients with severe symptoms, it added.

The capital has witnessed a spike in COVID-19 cases since November, when it hit a monthly high of 9,857 infections – an average of over 328 per day.

In view of the worsening numbers, Japan’s government suspended this week its nationwide travel incentive program, which aimed to revive the tourism industry and the country’s economy.

Japan has reported nearly 185,000 coronavirus cases to date, including 2,688 deaths.

How COVID-19 turned into major health crisis in Iran