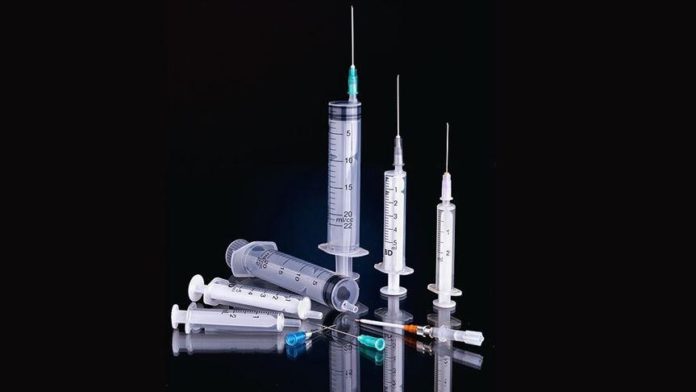 A shortage of special syringes could hamper Japan’s plans to use the Pfizer-BioNTech vaccine in its nationwide immunization drive, a top health official said on Tuesday.

Last month, Japan said it had procured doses for 72 million people based on the assumption that one vial of the vaccine will provide six shots.

However, a dearth of low “dead space” syringes, which have narrow plungers and reduce the amount of leftover vaccine, means that standard syringes – ones that will extract only five doses from each vial – will have to be used, according to a report by Kyodo News.

That would add up to doses enough for 60 million people, read the report.

“The syringes used in Japan can only draw five doses. We will use all the syringes we have that can draw six doses, but it will, of course, not be enough as more shots are administered,” the news agency cited Health Minister Norihisa Tamura as saying.

Another senior Health Ministry official said the government is “set to discuss with Pfizer how many more doses it can supply to Japan.”

Officials have urged medical equipment manufacturers to “step up production of the special syringes” as Japan aims to start inoculating health workers from Feb. 17.

The first phase will be “a study to verify the vaccine’s safety” before vaccinations for around 36 million people aged 65 and above start from April, according to Kyodo News.

Japan is likely to approve the Pfizer-BioNTech vaccine for emergency use by next week.

The capital Tokyo, the country’s worst-hit area, accounts for 105,024 of all infections, with 491 more reported on Wednesday.

Meanwhile, Japan has asked citizens to suspend or postpone travel to Tanzania “due to the rapidly worsening coronavirus infection situation as the African country’s president denies the existence of COVID-19,” Japanese daily The Mainichi reported.