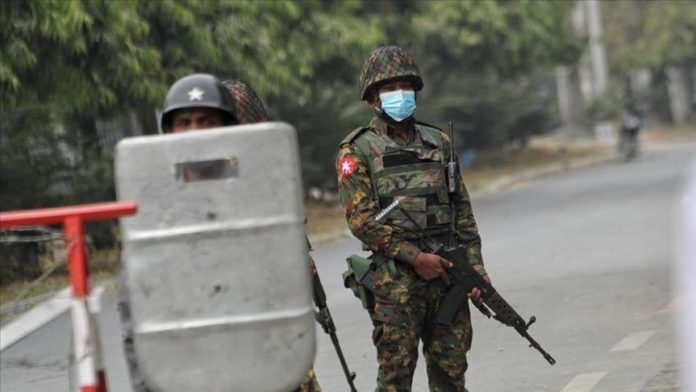 “The development is not preferable because it goes against the realization of a swift return to the democratic process that Japan has been demanding,” Japan’s Foreign Minister Toshimitsu Motegi told a news conference in Tokyo, as reported by Kyodo News.

In general elections last November, Maynmar’s ruling National League for Democracy (NLD) emerged as winner, before the military launched a coup and a crackdown this February.

The NLD leadership including State Councilor Aung Suu Kyi and former President Win Myint were arrested, triggering nationwide anti-junta demonstrations. Since then the junta forces have killed at least 936 people while close to 5,400 have been detained.

On Monday, Myanmar’s junta-appointed election commission announced annulment of the elections, claiming “nearly a third of all ballots in the poll were tainted.”

The election commission said that the NLD “had misused its administrative power.” The NLD would be dissolved, said the commission, arguing it had committed “fraud” while its leaders are being prosecuted as “traitors.”

Japan’s foreign minister, however, said: “The latest general election… was conducted in a fair manner under the eyes of domestic and foreign election monitoring teams.”

Myanmar is under a state of emergency while the military said it will hold fresh elections.

“I think it is important to promote dialogues between people of different political stances in the Southeastern Asian country,” Motegi said.

The military coup in the Buddhist-majority country triggered international condemnation, while Tokyo withheld its new official development assistance for Myanmar.

Motegi said Japan will hold a virtual foreign ministerial meeting on Aug. 6 along the Mekong River with five Southeast Asian countries, including Myanmar.

“I will convey Japan’s stance on regional matters such as the situations in Myanmar, the South China Sea and North Korea, on top of the coronavirus response,” Motegi said.