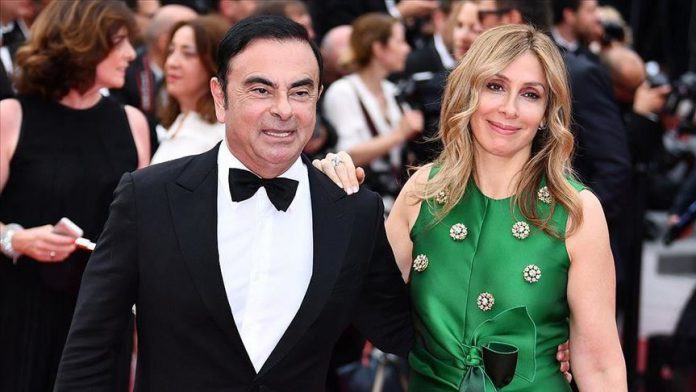 Japan has asked Interpol to issue a wanted notice for the wife of Carlos Ghosn, fugitive former Nissan Motor Co. chief, in an effort to bring him back to face trial on alleged financial misconduct, local media reported.

Ghosn had violated bail terms and fled Japan. He arrived in Lebanon last Monday where he was barred from traveling abroad.

Earlier this week, Japanese prosecutors had obtained arrest warrant for Ghosn’s wife Carole, 53, for alleged “perjury” in connection with her husband’s suspected misuse of the company’s funds, according to Kyodo news.

Carole is also in Lebanon with her husband.