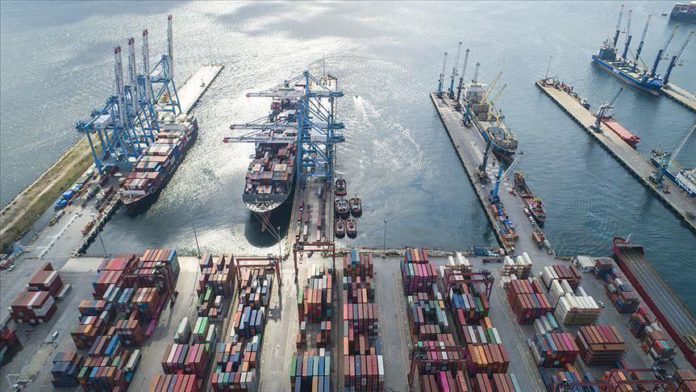 Japan has registered the country’s sharpest fall in exports in a decade as the coronavirus pandemic continues to impact the country’s economy, local media reported.

The government data on Monday revealed that Japan’s exports dropped 15.4% in first six months of 2020 from a year earlier, according to Kyodo news agency.

The fall in exports was largest year-on-year drop in more than 10 years, reflecting a dent in the country’s export of cars and other industrial goods.

The data showed exports fell to 32.36 trillion yen ($300 billion) in January-June 2020 period. It is the biggest fall since second half of 2009 when the country registered a 22.8% drop in the exports due to the global financial crisis.

To combat the pandemic’s impact, the government of Shinzo Abe is mulling to revise the existing special law to “give greater authority to local governments across the country.”

“We will tighten up by having more police officers step in,” he said.

Meanwhile, 168 new coronavirus cases have been reported in Tokyo, bringing the tally in the capital to 9,579.

The country has conducted 531,493 tests to determine the virus.