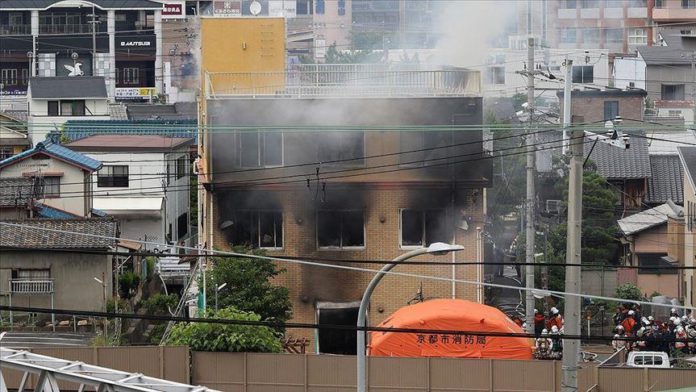 Japan on Wednesday indicted a man over an arson attack last year in Kyoto that killed dozens.

Shinji Aoba, 42, was arrested in May for killing 36 people and injuring 33 others in the July 2019 arson attack on the Kyoto Animation studio, Kyodo News reported.

Aobo is bedridden and needs medical care. He has a history of mental illness.

After his arrest, Aobo acknowledged that he had set the studio on fire.

“I thought I could kill many people by using gasoline,” he told the police adding: “[I] had believed there were only about two [victims].”

He claimed that he “carried out the attack because the company stole a novel from him.”

Medical experts judged him mentally competent “based on his calculated actions, such as purchasing gasoline prior to the incident, meaning he can be held criminally liable for the attack,” said Kyodo.

Local police said some 70 people were inside the studio when the fire started. Knives were also found at the scene of the fire.

Founded in 1981, Kyoto Animation is popular for TV series such as “K-On!” and “The Melancholy of Haruhi Suzumiya,” both focusing on high school girls.

'Technology should be used for world's peace, welfare'