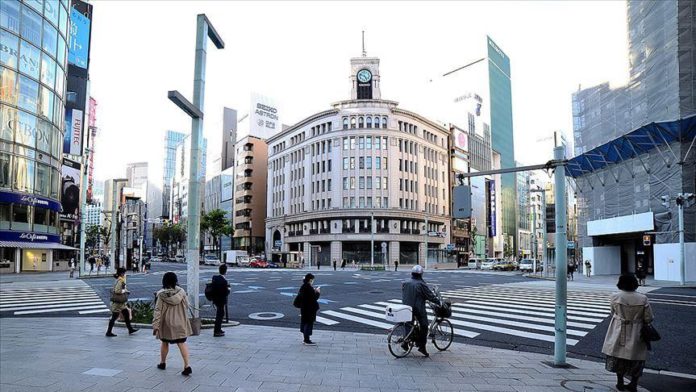 Over 50 new coronavirus cases were reported in Japan’s capital as international flights resumed from the country on Friday, local media reported.

According to The Japan Times, 54 cases were confirmed in Tokyo over the past 24 hours, topping the 50 mark for the second straight day.

It was also the third day of more than 45 cases in the capital, where restrictions were lifted towards the end of May.

Friday also saw the resumption of international air travel from Japan, with a Vietnam Airlines flight taking 150 passengers from Narita airport, east of Tokyo, to Van Don in northern Vietnam.

In the Asia-Pacific region, Japan is also discussing a mutual relaxation of travel restrictions with Australia, New Zealand, and Thailand, according to Kyodo News.

Most of Australia’s 37 new cases on Friday were reported in the southern state of Victoria.

According to the Sydney Morning Herald, 30 more infections were confirmed in Victoria, which has recently reimposed restrictions in a bid to stem an ongoing rise in cases.

The new cases took Australia’s total to 7,595 cases, including 104 deaths.

Over 2.2 million COVID-19 tests have been done in the country to date.

Meanwhile, Australia’s chief medical officer said provinces have the powers to keep people in hotel quarantine unless they agree to take COVID-19 tests.

“The states have the powers … to say to someone well, we won’t let you out of quarantine until you’ve been tested and had a clear test,” Brendan Murphy said, as reported by ABC News.

The country’s total is now up to 12,602, including 282 fatalities, Yonhap News Agency reported.

The country has conducted 1.2 million tests since Jan. 3, the report said.

China’s National Health Commission said 13 new cases were reported in the country over the past 24 hours, with 11 of them local infections in Beijing.

Only two of the total cases were people who had returned from overseas, taking China’s tally of imported cases to 1,895.

China has reported 83,462 cases and 4,634 deaths since the virus first emerged in the city of Wuhan last December.

'We may not be richest, but we're most generous'