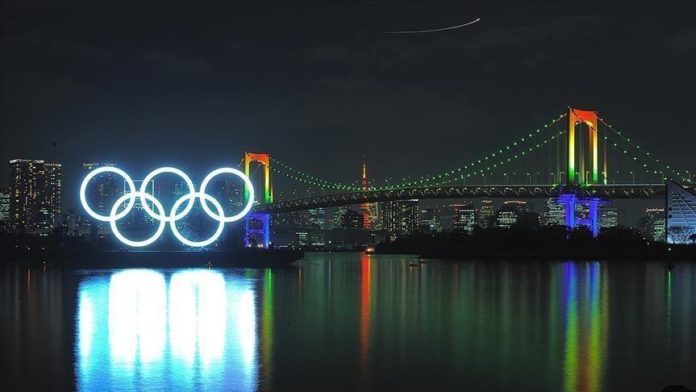 Japan on Monday held anti-terror drills in capital Tokyo and its surrounding provinces to ramp up security for the much anticipated Olympic and Paralympic Games set to begin on July 23.

Japan Coast Guard held the anti-terror drill simulating various situations to avoid any untoward incident during the Tokyo Olympics around Tokyo Bay, where the athletes’ village is located.

Tokyo Olympics, delayed last year due to the raging pandemic, will be held at around 43 venues, many of which are located in the Tokyo Bay area.

According to Japanese public broadcaster NHK, “two small high-mobility rubber boats sandwiched a suspicious ship that was running away at high speed to force it to stop.”

Japan Coast Guard is also mulling to transport all its vessels deployed around the country to Tokyo for the security of the Tokyo Olympics which is being held without international spectators. Local authorities will decide whether or not to allow spectators to join the world’s biggest games.

A senior coast guard official, Sasaki Wataru, said: “The risk of terror attacks does not change much even though the games will be held without spectators.” He vowed to take all possible security measures on the sea during the games.

Rigorous health measures are also in place for the participants throughout the games, while a global positioning system will be utilized to monitor the movement of participants to nab protocol breakers.

However, the capital, the main venue for the Olympics, is witnessing a surge in daily coronavirus cases with 502 new infections reported on Monday.

“The figure is up 160 from a week ago, marking a week-on-week increase for 23 straight days,” the NHK reported.

Tokyo, where the fourth stage of state of emergency has been imposed until August, has reported 182,140 cases, so far.

US ready to finalize nuclear arms deal with Russia