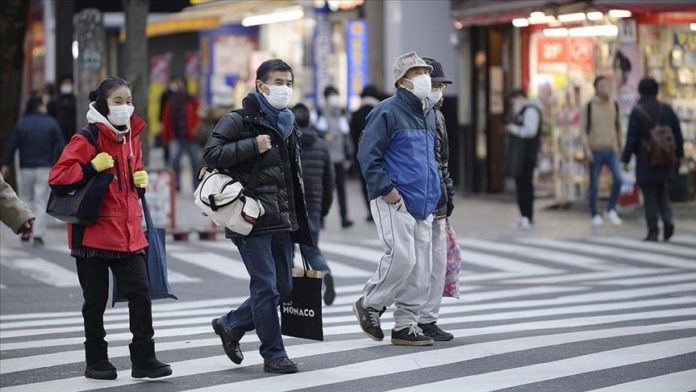 Japan on Wednesday expanded the state of emergency to another seven provinces amid a recent spike in coronavirus cases, the chief cabinet secretary announced.

“Today the government is going to declare a state of emergency in seven prefectures including Osaka,” Katsunobu Kato told a news conference in the capital Tokyo, a video of which is uploaded on the official government website. “We are seeing a record level of infections nationwide, and have to stop the further spread.”

Greater Tokyo was already under a state of emergency for a month from Jan. 7, and covered Kanagawa, Saitama and Chiba prefectures.

Bars and restaurants were ordered to shorten working hours, while people asked to refrain from making unnecessary trips outdoors. Firms are encouraged to have employees work from home.

Experts indicated that the recent cases came from dining establishments, and with that input we requested them to shorten business hours, the official added.

A total of 11 prefectures covering more than half of the country’s population are now under the new measures. The seven others are Osaka, Aichi, Tochigi, Gifu, Hyogo, Kyoto, and Fukuoka.

Meanwhile, Kyodo News quoted government sources as saying that entry of all non-resident foreign nationals will be suspended while the state of emergency is in place.