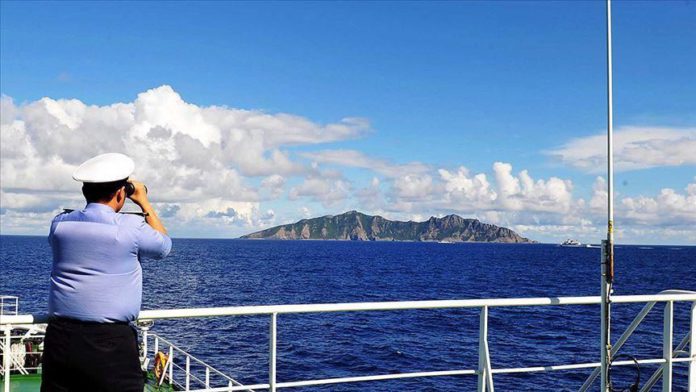 The top diplomats of Japan and China on Tuesday discussed disputed islands in Tokyo.

“[I] urged China to act in a constructive way regarding the waters around the islands,” said Motegi, according to NHK News.

China claims the Japanese-controlled islands, which it calls Diaoyu, and routinely sends its warships to the surrounding waters.

Japan has often complained that Chinese vessels “repeatedly intruded into its territorial waters off the islands” in Okinawa province.

The Japanese government’s stance remains that the disputed islands are “an inherent part of Japan’s territory.”

The two countries also agreed to resume travel by businesspeople by the end of November, Toshimitsu said.

Meanwhile, Japan is mulling to open a consulate in two years in China’s central Wuhan city. The deadly coronavirus was first reported there last December.

Japan’s businesses are urging Tokyo to open the consulate in Wuhan, a city with 11 million people, which is a known business and transportation hub.

The visit by Wang also comes after China signed the Regional Comprehensive Economic Partnership with 14 other economies, including Japan and South Korea, which are close allies of the US in the region.