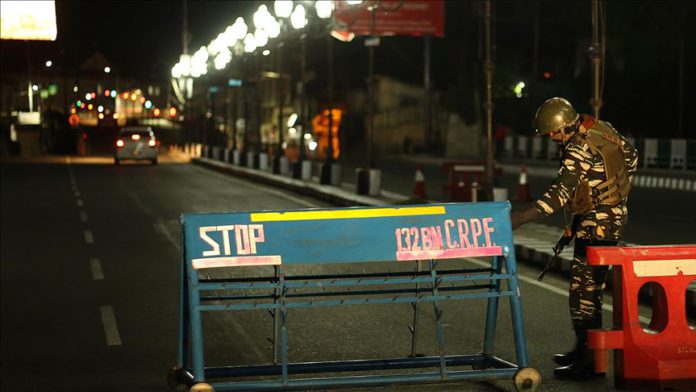 The regional administration in Indian-administered Jammu and Kashmir has ended the requirement to obtain a special certificate for land acquisition/requisition in favor of the Indian armed forces.

The order allows “Indian Army, Border Security Forces, Paramilitary forces and similar organizations” to acquire land without a “no objection certificate” clearance from the region’s Home Department on Monday.

The order issued by the region’s Revenue Department cites the extension of the 2013 Right to Fair Compensation and Transparency in Land Acquisition, Rehabilitation and Resettlement Act to the Jammu and Kashmir region.

In view of the act’s extension, the circular requiring a No Objection Certificate from the Home Department for acquisition/requisition of land “in favor of Army BSF/CRPF and similar organizations” is withdrawn, said the order.

The move comes on the heels of regional administrations agreeing to legal changes to provide for special dispensation for carrying out construction activities in “strategic areas” by Indian armed forces.

Separately, Omar Abdullah, the region’s former chief minister, today said that he will not contest elections until “statehood” is restored to the region.

He said he wouldn’t run to lead the Federal Territory assembly, calling the body “disempowered.”

On Aug. 5, 2019 the Indian government revoked Article 370 and other related constitutional provisions scrapping the country’s only Muslim-majority state with its autonomy. Jammu and Kashmir was also split into two federally administered territories.

UK: Strong reason to believe Putin ‘is committed to invasion’