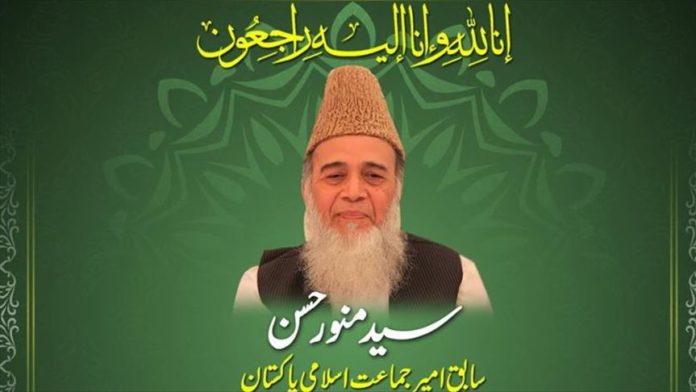 Pakistan’s renowned religious scholar and former chief of Jamaat-e-Islami Pakistan Syed Munawar Hasan passed away on Friday in the southern port city of Karachi. He was 78.

According to his party, Hasan had been under treatment at a hospital for the past few weeks.

Born in August 1941 in Delhi, India, Hassan migrated to Pakistan with his family in 1947 and settled in Karachi. He started his political career as a left-wing student leader. He joined National Students Federation — a student organization influenced by the communist ideology — in 1950s.

However, in 1960, he joined Islami Jamiat Talaba, the student wing of Jamat-e-Islami.

He became secretary general of Jamaat-e-Islami in 1993, and the party elected him as head of the party in 2009.

He resigned as emir of the party after it underperformed in the 2013 general elections. However, the party’s central executive council refused to accept his resignation and he completed his term until 2014.