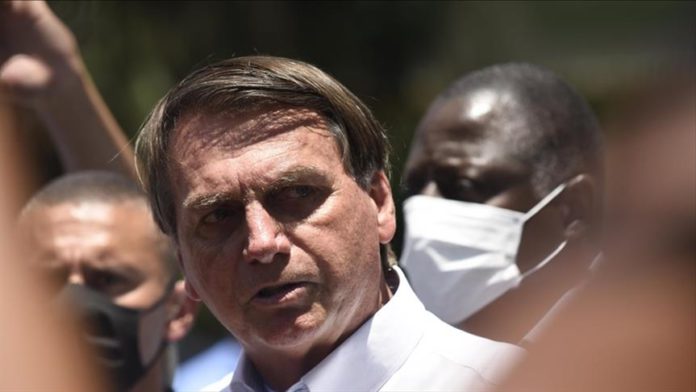 “Next year’s elections will be clean. Either we have clean elections in Brazil or we don’t have elections,” he said.

By “clean,” Bolsonaro means his incessant defense of an on-paper vote.

Brazil adopted electronic voting in 1996, with no record of fraud. Bolsonaro is expected to run for re-election next year. Recent polls show former President Luiz Inacio Lula da Silva, or Lula, as the front-runner.

Bolsonaro remarks were made to supporters in the capital, Brasilia when asked about the auditable vote.

In another threat to the electoral system, Bolsonaro said Wednesday that if Congress does not approve the auditable vote in the elections, there will be “problems” for lawmakers, in what is being considered a direct threat to members of Congress.

“If this same [system] continues, without public counting, they will have a problem because some side may not accept the result. This side, obviously, is our side,” he said. “We want transparency”.

Verification of no fraud has been made by audits from the Superior Electoral Court and investigations conducted by the Electoral Federal Public Ministry.

It is also endorsed by independent mathematical and statistical studies. In addition, electronic voting machines are auditable, with a procedure carried out during voting, in a process called Electronic Ballot Boxes Operation Audit.

Bolsonaro has argued that there was fraud in the 2018 election, in which he won, but he has never produced evidence.

He would have won in the first round, he said.