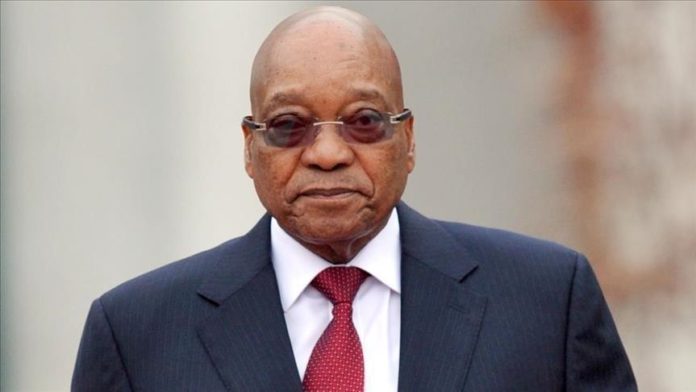 Zuma, 79, was sentenced to a 15-month prison sentence two months ago by the country’s Constitutional Court for contempt after he refused to appear before a judicial commission probing graft during his nearly decade-long presidency.

The former president spent a few weeks at the Estcourt prison in the eastern KwaZulu-Natal province before he was admitted to a hospital where he later underwent surgery.

“Medical parole placement for Zuma means that he will complete the remainder of the sentence in the system of community corrections, whereby he must comply with a specific set of conditions and will be subjected to supervision until his sentence expires,” the Department of Correctional Services said in a statement late on Sunday.

The department said the decision for was impelled by a medical report it received. “Apart from being terminally ill and physically incapacitated, inmates suffering from an illness that severely limits their daily activity or self-care can also be considered for medical parole,” it said.

Zuma’s incarceration in July led to violent riots in South Africa, claiming more than 300 lives and witnessing looting and vandalism estimated to cost businesses in the billions of South African rands.

The Jacob Zuma Foundation welcomed the decision for the former president to serve the rest of his sentence outside prison.

“He is still in hospital right now,” said the foundation in a statement, adding that more detailed remarks would be issued “in due course after consultation with the legal team of President Zuma.”

Vans, planes spread US awareness of coup bid in Turkey